What Influenced Georgian Style And Its Features

Georgian style is a style in the architecture, interior design, and decorative arts of Britain during the 17th and 18thcenturies. The term “Georgian” gets its name from four kings of England who reigned in Britain from 1714-1830. All of them were named George. (DesignIntuit, 2001)

Although the George did not have an impact on the style, they perpetuated a movement that is different from the popular Italian and French Baroque style. “Georgian is a term usually associated in the popular mind with refined furniture, elegant clothes, buildings of deceptive simplicity, classical music, decorous prose, and country houses set in pleasing parks.” (Georgian Housestyle, Ingrid Cranfield). In essence, Georgian is not a style by itself, but an era during that many developments and changes happened in both architecture and interior design. (Worldguide, 2015)

Each architect or designer has his own ideas and individual approach. However, all of them had something common: they were heavily influenced by elements of ancient Rome and Greece. In other words, they were driven by the same motivated idea: to recreate the antique classical world. Classicism was considered as godlike: it reproduced the building blocks of God’s creation and the accords of nature. Furthermore, this (Georgian) period is defined as “an era of refined neoclassical trends”. (Worldguide, 2015)

As it was mentioned earlier, the Georgian style was highly influenced by classicism. Young British aristocrats (including architects, designers and furniture makers) in the 17th and 18th centuries took the “Grand Tour” of European countries. These “Grand Tours” made the influential classes follow classical traditions of architecture and design. However, the Baroque used classical ornamentation and decor in a very open ended way. (David Ross, 2015) However, the British employed these motifs in an inflexible and calm way. (Worldguide, 2015) If Baroque is too much, Georgian classicism is a grace.

Besides classicism, there was another style that had a very strong impact on the Georgian style. It is a Palladinism, “a philosophy of design based on the writings and work of Andreas Palladio”. (David Ross, 2015) He is an Italian architect of the 16th century who recreated the design and proportions of the buildings of antique Rome. (Worldguide, 2015) Famous English architect Inigo Jones brought the Georgian style to Britain in the 17th century. (Worldguide, 2015)

Palladinism was a significant factor in the early Georgian style. There was a proportion-based Palladian school of design that dominated British architecture from the mid-1720s to the early 1750s. It was rich and graceful, and there were Roman temple facades and pillars. In addition, a mathematical formulae was used for a building’s proportion. However, after 1750 (Dan Cruickshank, 2011) or from around 1760 (Worldguide, 2015), English architects James Stuart, Sir William Chambers and Scottish architect Robert Adam were exposed to a clearer style of classicism around Britain. They were inspired by the archaeological discoveries at Pompei and Herculanium. This new information about Greek and Roman architecture brought about a neoclassical revolution in taste. This emphasises on neoclassicism that became more widespread for design for the duration of the mid-Georgian period, which was until 1800 (Dan Cruickshank, 2011).

One of the best examples of neoclassicism is James Stuart (1713-1788). He went on various “Grand Tours” of many European cities like other architects at that time. While he was studying in Greece, his work was inevitably influenced by clear Greek motifs. Due to these studies, he got the nickname “Athenian” Stuart. In addition, he published “Antiquities of Athens” in separate books from 1762. (Worldguide, 2015) On the picture below shows an example of his work: 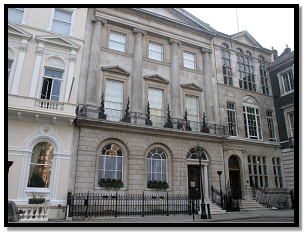 Sir William Chambers (1723-1796) is one of the architects representing the mid-Georgian period. He was born in Sweden to Scottish parents. His architectural practise was in London in the 1750s. Moreover, Sir William spent time in China, which gives an explanation why his neoclassicism was mixed with Chinese touches and elements. The name of the technique is known as chinoiserie, and it enjoyed modest popularity in Britain that time. He also showed Greek and Roman characteristics of French neoclassicism. (Worldguide, 2015) 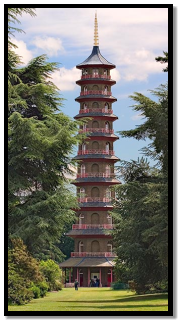 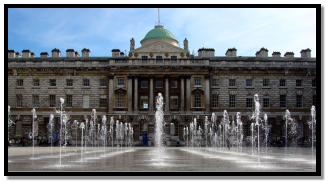 One more example is Robert Adam (1728-1992). He was born in Fife, Scotland. He worked with his brother James on a style airier than the Palladian, using Egyptian and Gothic motifs with Roman decorations. His artworks were symmetrical but not as much as Palladian proportions. Furthermore, he was known to show motifs as “ribbons, wreaths, sphinx and griffins, ovals and hexagons etc”. This style was famous as the Adam style. (Worldguide, 2015) 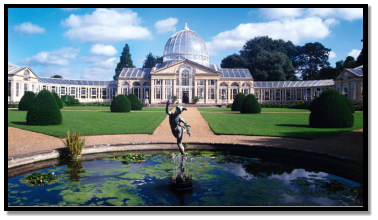 Late Georgian style is known as Regency and was popular during the reign of the British Prince Regent from 1811 to 1820. (The Editors of Britannica, 2015 and Worldguide, 2015) Actually, the Regency style recollected neoclassical elements, but it was opened more to Greek, Egyptian, Asian and French influences than it was before. This style is much heavier in ornamentation than earlier Georgian styles, and building facades were often covered with stucco plaster than noticeable brick. Moreover, interiors were more open and light, and windows became larger. In my personal opinion, the Regency style (Late Georgian style) is akin to a bridge between early Georgian design and approaching Victorian era.

For instance, Henry Holland (1745-1806) was the most leading architect of the late Georgian period. (Worldguide, 2015) Holland’s designs was influenced by Roman, Greek and Egyptian forms and the Empire styles of late 18thcentury France as well. His style is simpler and more academic. 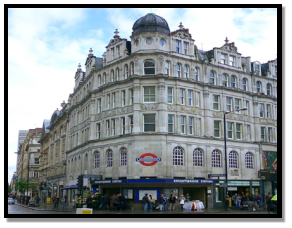 There are many characteristics defining the Georgian period. One of the main features is terrace. The 18th century (David Ross, 2015) was a time of great success of urban developments. Houses had a public and private function. Unfortunately, it meant that there was a need to put a lot of houses into a small space. It lead to the creation of the terrace. The terrace allowed a whole street to have a sense of architectural completeness, also keeping small sizes of houses. Terraces used to take a few forms; typically laid out in straight lines or in quadrangles around a central garden area, or in curves or oval “circuses”. In addition, these developments gave birth of the townhouses – practical housing built in lengthy, well-ordered terraces, which made boulevard look like neat architectural elements. (Worldguide, 2015) These townhouses were usually four levels in height and made of brick.

However, during that period (18th century) the rich were increasingly wealthier and as a result, they began investing money into their households. Wealthy landlords used their huge land to create designed parks, and those parks were called “country houses”. (David Ross, 2015) These estates were full of reproductions of classical temples and additional architectural pieces: grottoes, bridges, and that group of fragments called “follies”. Basically, these parks carried on the classical philosophy.

Shape is a main significant feature of this style. The square is “prominent” (DesignIntuit, 2001), and shapes are classical. The foundation of Georgian proportion was usually geometrical, with the central block of the building “often augmented by hyphens and wings” (Wentworthstudio, 2015) Homes were only symmetrical. There was not usually an even number of windows (five across for house). This did not allow asymmetry around the middle window of the building.

There was typically a hip roof, sometimes with dormers. It was very popular with Christopher Wren. Moreover, a more asymmetrical gable roof would be inappropriate at all. (Wentworthstudio, 2015)

In the Georgian period, there was a significant rise in popularity with regards to interior decoration. (Britannica,2015) When you look at Georgian interiors, think about those architectural elements that are inside – large furnace and doorways, and well-balanced proportioned rooms. In addition to architecture and interior design, there were great achievements in the decorative arts. For instance, furniture design met many styles and approaches, ranging from the classical influence, to the straight and simple lines etc.

Sadly, that period could not last. Victorian morality transformed architecture and other designs because their idea was about adopting gothic style as a national one due to the fact that it was a native design for the Great Christian Empire of Britain. (Dan Cruickshank, 2011)

To sum up, the Georgian period, especially architecture left many masterpieces and a variation of styles and ideas. Moreover, the cities and urban quarters created that time (Bath and Bloomsbury in London) are still models of comfortable urban living.